Book-women after the Great Fire of London 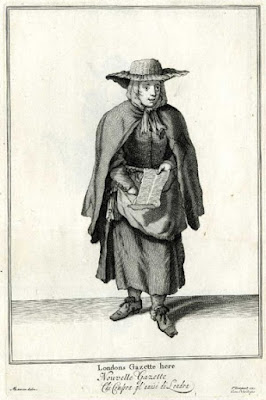 The disaster of the Great Fire of London was keenly felt by those who had lost everything to the blaze in early September 1666. Among them were the women who worked the capital’s streets distributing the only newspaper of the time, ‘The London Gazette’. In letters preserved at The National Archives one of these women, Mrs Andrews, pointed out that she had lost all her worldly goods and had ‘noe more cloathes than shee had on her back’.

More: The National Archives blog
Posted by The Nag at 8:55 AM